Time To Rip Off The Band-Aid

To Create Modern Transportation Systems, We All Must Make Some Hard Choices

New York had the “Summer of Hell” in 2017 when Amtrak needed to make necessary repairs to Penn Station tracks and signals. Commuter rail and subway cancellations, reroutes, and delays were in order and public transportation in and out of Manhattan suffered for months.

We made it through.

2018 brought us “Summer of Hell II” when the Amtrak continued their work at Penn Station. This time, it was the Empire Service, Ethan Allen Express, Adirondack and Maple Leaf trains were rerouted from New York Penn Station to Grand Central Terminal - while the Lake Shore Limited only ran from Boston to Chicago for the summer.

The looming “L Train Apocalypse” had everyone in NYC in full crisis mode, until Governor Cuomo gave a last minute reprieve to a full shutdown - instead pushing for modern technology to help with the work, limiting the service halts to nights and weekends.

Something tells me that we will survive this too.

An article in the Boston Globe this week titled “Fixing the MBTA may require big service disruptions” is a warning signal to commuters here of the same lingering fate that New York has dealt with over the last few years (The MBTA Green Line Extension project has already forced the closure of a highly used overpass for a year to make way for new track).

But reaching that promised land may first require frustrating trips on shuttle buses for riders, who have already seen commuter rail lines closed on certain weekends for the installation of collision-avoidance technology, stations closed for years at a time for renovations, and subway branches partially shuttered on nights or weekends for track work.

The problem, said Brian Shortsleeve, a former T general manager and now a member of its board of directors, is that there are only a few short hours between the end of service one day and the start of service the next. If the T is going to make major repairs in relatively short order, he said, those tracks may need to stay clear for longer periods.

“If it means we’ve got to do big shutdowns, and maybe the organization needs some tough love on that, I think we should do it,” Shortsleeve said at a board meeting on Monday.

As the title of this blog states, in order to fix and create modern (and reliable) systems - we need to rip off the band-aid and get to work. We, in this country, have been kicking the can down the road for far too long on so many critical public transportation and general infrastructure projects (New York and Boston are just two examples of so many around the US) that we really can't stretch doing nothing any further without a complete system breakdown in the not-too-distant future.

Sacrifices need to be made. Hardships will be endured. We will be late to work.

But I promise, we will survive it all. 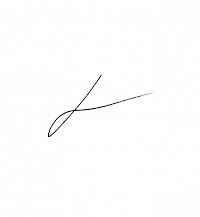