The announcement to sell all state-owned railroad assets is dangerous, short-sighted, and fiscally irresponsible. This infrastructure helped establish South Dakota as the state it is today; it is disrespectful to our forebears, and a disservice to our successors, to dispose of these critical resources so carelessly.

This op-ed originally appeared in the Rapid City Journal

The revenue from the sale of these assets pales in comparison to the long-term damage that will be done to our state. The revitalization efforts of the Mitchell to Rapid City (MRC) line, and the positive benefits it has brought the communities along it, highlight the importance of preserving and revitalizing these assets for the benefit of all South Dakotans. The numerous wash-outs experienced on the Pierre to Rapid City (PRC) line underscore the need to preserve the Mitchell to Rapid City line as an alternate route due to no major washouts reported on the MRC line. The PRC line is also plagued by the instability of Pierre Shale soil.

The careless disposal of these resources jeopardizes opportunities for economic growth and innovation in the state. Infrastructure like the railroad lines currently being readied to sell make or break the economic potential of an area. These established infrastructure corridors cannot be re-created today for the little revenue their sales would generate. By disposing these assets, the state is effectively foregoing future economic possibilities and further contributing to the brain drain so evident in this state by discarding the talent that would have the energy, ambition and expertise to rejuvenate them for the benefit of all of us.

Agriculture, our number one economic driver, is heavily dependent upon infrastructure. One of the many benefits of the revitalized Mitchell to Rapid City line is the ability to get grain to market quicker and cheaper. A 2003 Kansas DOT study illustrated the severe economic and social impacts of rural railway abandonments. Increased highway damages compounded by loss of farm income due to increased costs, combined with lost tax revenue, have long-term impacts on the economic vitality of rural regions. One unit train can haul as much as 500 semis; one semi does as much damage as 10,000 passenger vehicles. In a year when agriculture has had to deal with pronounced trade and economic angst, we do not need to exacerbate these hardships.

Tourism, our number two economic driver, also has the potential to benefit from this infrastructure. The attractions of the Black Hills already attract millions of tourists (and their spending) annually; a passenger rail connection would allow many more visitors to see these world-class attractions along with increased tax revenue.

South Dakota once lead the way in futuristic thinking; this proposal is the antithesis of that. This proposal is shortsighted and harmful to both rural and urban South Dakotans. The State DOT should immediately rescind this proposal and think strategically about the future of transportation options in the state.

Dan is speaking to the South Dakota Railroad Board on this issue. You can read his full testimony here. 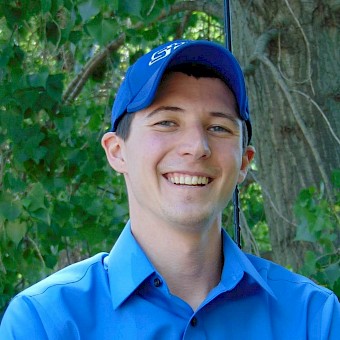