“It’s déjà vu all over again”

The recent announcement that New York’s Metropolitan Transportation Authority and Amtrak have come to an agreement which will eventually lead to some Metro North New Haven Line trains being routed on Amtrak’s Hell Gate Line to Penn Station is good news for the rapidly growing, but under-served by rail transit, East Bronx. 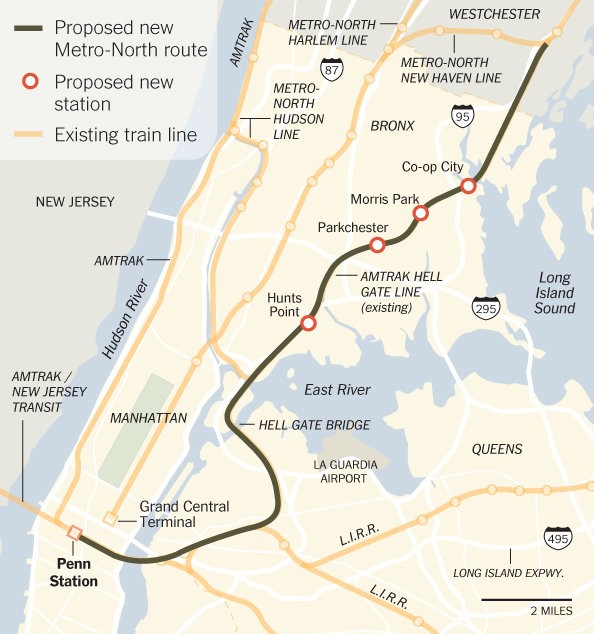 Interestingly, there has been no mention in the media (at least that I have seen) that this new service will, in part at least, replicate commuter service that served this same area of the Bronx into the late 1930’s!

Some brief history on the route…

The Harlem River & Port Chester Railroad was chartered in 1866 to build a line between New York City and Port Chester, NY. But before the line was completed in 1873, it was leased to the then newly-merged New York, New Haven & Hartford Railroad. The New Haven used their new route to gain access from Connecticut to New York City, first by terminating at a station at the Harlem River and then after 1917 by running some trains directly to Penn Station via the new Hell Gate Bridge. However, the majority of the New Haven’s through & commuter trains operated to & from the New York Central’s Grand Central Terminal via a connection with the NYC’s Harlem Division at Woodlawn. 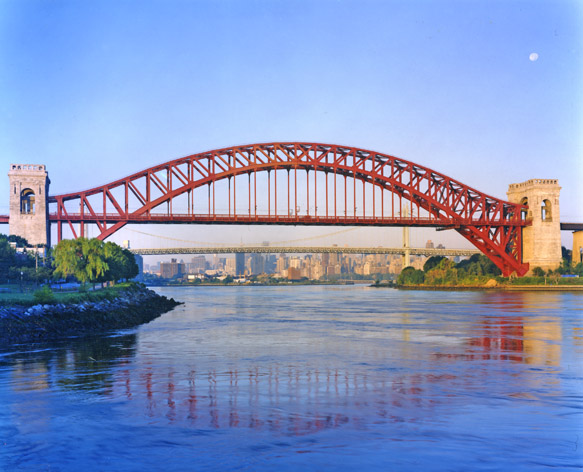 But this was not the only the railroad to use portions of the Hell Gate route, for in 1912 the New York, Westchester and Boston Railway (NY,W&B) commenced service from the Harlem River Terminal (now shared with the New Haven) and paralleled the New Haven’s line for several miles north before branching off to head towards Westchester County and White Plains.

The New Haven served 12 local stations along the route in the Bronx, four of which it shared with the NY,W&B. The New Haven’s local service to & from New Rochelle ended in 1931, while the NY,W&B called it quits in 1937. After 1937 only through New Haven, then Penn Central and ultimately Amtrak trains passed the sites of these stations.

But perhaps amazingly, 2 of the original shared station buildings still exist today at Hunts Point Avenue and at Westchester Avenue. Both are located over the current Amtrak tracks and can be viewed from passing trains if you know where to look. The Hunts Point Station is in commercial use, while Westchester Avenue is unfortunately a delict shell.

The new service is several years off at best and can only be implemented after the Long Island Rail Road’s (long delayed) East Side Access line opens into Grand Central (now forecasted to occur in late 2022?), thus freeing up track and platform space at Penn Station. This tentative timeline gives the MTA plenty of time to advance the needed improvements on the Hell Gate Line and for the construction of the four new stations.

In the meantime, as you read more about this vital transportation project for the East Bronx moving forward, don’t forget Yogi Berra’s famous saying “It’s déjà vu all over again”!