How NOT To Advance Corridor Planning

By Bruce Becker / Vice-President of Operations

Over the past seven decades, New York State’s intercity rail passengers have seen it all! From the New York Central’s historic ‘Great Steel Fleet’ of the post-war era, to the Central’s sharp decline in the 1960’s, to the bleak Penn Central years and into the modern Amtrak era, while much has changed, many things have stayed the same.

Today’s Amtrak Empire Corridor service has a rich history which dates back to the New York Central’s introduction of Empire Service in December 1967. Service frequencies across upstate are virtually unchanged since 1967, while trip times have consistently lengthened. The good news is that ridership has steadily increased from the early 1970’s, when 2-car trains were often the norm. 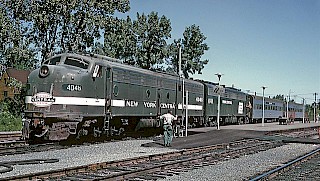 After the first oil crisis in the early 1970’s, New York State recognized that there was a need to improve rail service across the state. In what was at the time a bold initiative, the State partnered with Amtrak in a major improvement program, with Amtrak purchasing the Rohr Turboliners to be operated solely in New York Service Empire Service on State-funded rehabilitated tracks. The result was the first 110mph Amtrak operation in the country outside the Northeast Corridor, on segments of the route south and west of Albany. 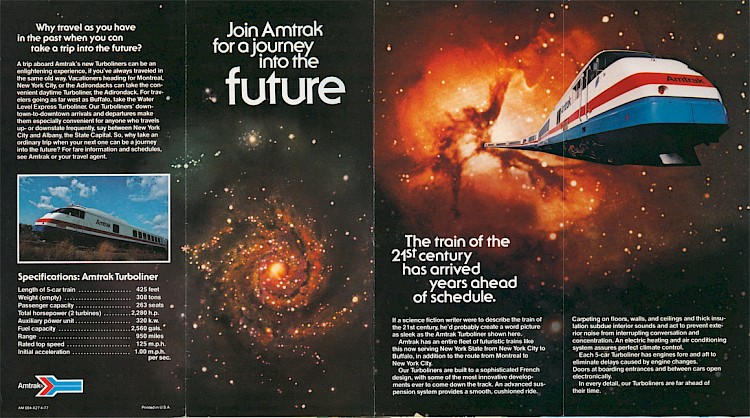 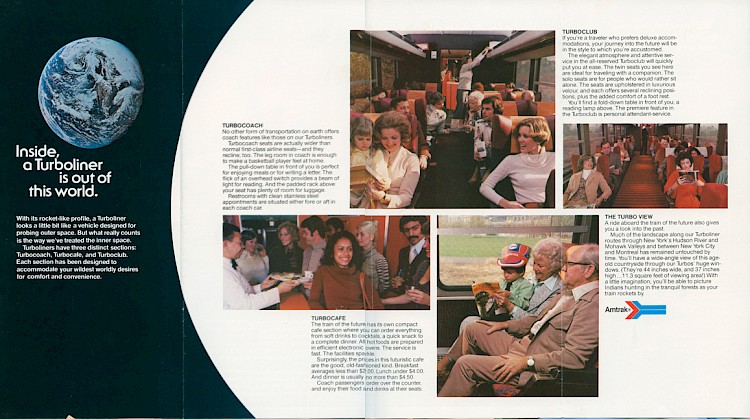 The corridor flourished for many years on well-maintained Conrail track and additional frequencies were added in the increasingly busy Hudson Valley segment. But, age and poor fuel economy finally caught up with the Turboliners, just as the break-up of Conrail led to CSX’s ownership of the majority of the route in 1999. In a harbinger of conditions to come, CSX officials openly talked about how Conrail had ‘over-maintained’ the line for the benefit of the Amtrak trains.

Rail advocates during this period urged the State’s leadership to recapture the enthusiasm for passenger rail expansion exhibited in the 1970’s but with little success.

Fast forward to 2009 and the enactment of the American Recovery and Reinvestment Act (ARRA), which made $8.0 billion available for intercity city passenger rail projects. In August 2009, New York State applied for over $560 million in ARRA funding for 38 distinct passenger rail improvement projects. In the application seeking ARRA funding support for advanced planning for the Corridor, the state envisioned improvements being completed in time to allow for higher speeds and expanded service in the then far-out year of 2018.

In early 2010, the state was awarded $151 million for 7 projects, which included a $1.0m federal match for the advancement of a Tier 1 Environmental Impact Statement (EIS) and Service Development Plan for the Empire Corridor. The State moved quickly during the summer of 2010 to get the EIS process underway and by that October six Scoping Meetings were held as the first step in the public input for the study. In the initial project newsletter, a highly optimistic timeline stated that a draft EIS would be released in the summer of 2011; public hearings on the draft would follow that fall; the final EIS would be distributed in the spring of 2012 with a record of decision to follow that summer. Initial consideration was given to alternatives with top speeds of up to 220mph.

But the entire EIS project quickly went ‘off the rails’. The Draft EIS (DEIS) was finally published in early 2014, with the study alternatives having been narrowed to three major improvement levels offering top speeds of 90mph, 110mph and 125mph. The 125mph alternative assumed an entirely new right of way across upstate New York, while the 90 & 110mph models were premised on utilizing the current CSX (and former New York Central) mainline. Public hearings on the DEIS were held in March of 2014 across the state. At that time the release of a Final EIS and Record of Decision were envisioned for 2016; only 4 years later then initially estimated! The DEIS hearings proved to be the last State-initiated public outreach and communication regarding the entire EIS process. Yes, for now over 5 years the public has heard nothing officially from the State about the status of the study.

Revised Final EIS release dates have slipped from 2016, to 2017, to 2018 and then into 2019. Over the past 18 months, the State has pointed fingers at the Federal Railroad Administration (FRA) for the latest delays, while the FRA has contended that the State is also to blame.

The most recent public insult saw the target release date slip once again, from the end of this July to next May, which if true would put the elapsed time for the entire EIS process at nearly 10 years. 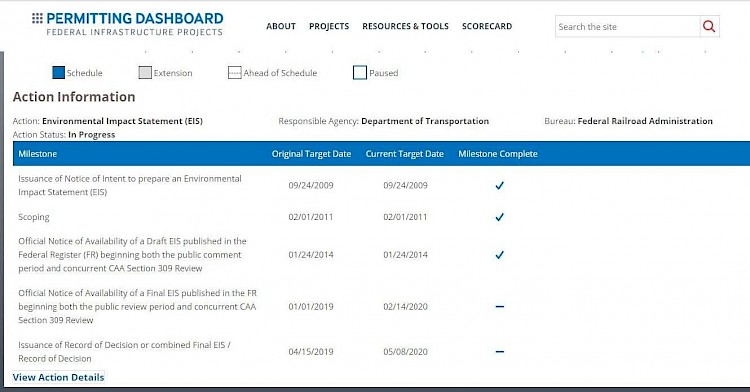 So you ask, what has caused all of this delay?

There is not enough time or space to detail all of the issues, but here are the highlights (as I see them):

New York State advocates have long supported a practical compromise, which started with the Empire State Passenger Association’s ‘90 Now’ campaign several years ago. ESPA believes that incremental improvements focused on achieving top speeds of 90mph in the coming years; increasing capacity for both passenger & freight traffic and eliminating the numerous slow-speed segments on the Corridor will provide the greatest overall near-term benefits. ESPA doesn’t rule out possible future 110mph operations as being desirable, but the group ardently opposes any EIS outcome which requires 110mph operations as a prerequisite for investment and improvements.

So, stay tuned…Maybe, just maybe, in a little under a year from now a Final EIS will be released; a record of decision will be issued and planning can get underway to actually start advancing a selected alternative & plan!

Bruce Becker was the volunteer President of New York State's Empire State Passenger Association from 2001 to 2017. In theory, he is still a member of the Empire EIS Project Advisory Committee, though this group has not met since 2013!