Last month’s agreement between New York’s Metropolitan Transportation Authority and Amtrak paving the way for future commuter service along Amtrak’s Hell Gate Line in the East Bronx also included a commitment by both parties to explore providing direct Amtrak service to points on Long Island in the years to come. The potential of future one-seat intercity rides to points off the Island for the over 2.8 million residents of Nassau and Suffolk Counties is perhaps the real history-making aspect of the landmark agreement.

Rail service on Long Island dates back to the mid 1830’s when a combination of rail and boat routes was thought to be the only viable alternative to horses & stagecoaches for travel between New York & Boston. Unfortunately for Long Island, an all-land rail route along the Connecticut shore line was soon found to be feasible, which effectively ended the prospects of any early through ‘intercity’ service.

It was many years later when in 1910 the Long Island Railroad (by then owned & operated by the financially strong Pennsylvania Railroad) was finally able to reach Manhattan with the opening of the East River tunnels and the new midtown Pennsylvania Station. Interestingly, the PRR never introduced any meaningful through intercity service to the Island during the decades it directly operated the railroad, which lasted up to 1949 when the PRR placed the Long Island into bankruptcy. 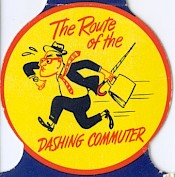 From then until 1966, when the State of New York purchased the beleaguered operation, certainly the idea of adding intercity service was the last thing on anybody’s mind. Soon after the purchase, well understanding the railroad’s commuter & regional economic importance, the State started to heavily invest in the LIRR, ordering the first new equipment (the M-1’s) for the line in decades. But the state’s financial commitment to the LIRR was solely intended for the benefit of commuters and not intercity travelers. 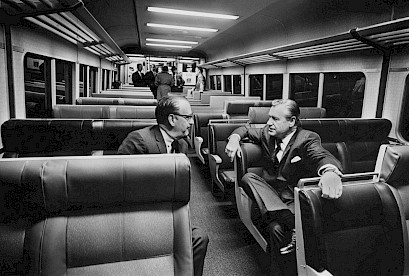 But as Long Island’s population continued to grow in the 70’s & 80’s and traffic congestion worsened, advocates promoted the idea of offering direct one-seat Amtrak intercity service to Long Island through Penn Station, particularly from Upstate New York locations. With the 1991 opening of the Empire Connection bringing Amtrak’s trains which formerly terminated at Grand Central Terminal into Penn Station, this became a technically feasible possibility. But old habits die hard and even though the ill-fated NYC/PRR - Penn Central merger had occurred over twenty years earlier, the LIRR was still very much a ‘Pennsylvania’ operation and resistance soon mounted to the concept of ‘New York Central’ trains invading their territory. 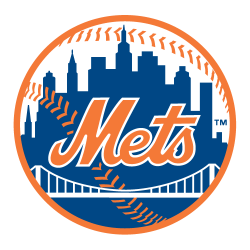 But I can attest that such one-seat Amtrak service is indeed possible, having been on just such a run! In the summer of 1998 my older son & I rode an Amtrak special train from Albany, NY direct to Shea Stadium on Long Island to take in an afternoon Mets game. The LIRR had long prevented Amtrak’s Rohr Turboliners from operating in the East River tunnels (for fear they would stall on the steep grades while under their meager electric propulsion), so our special consisted of Amfleet coaches, bracketed by two former New Haven FL-9’s dual power locomotives. I well remember arriving at Penn Station, where we stopped briefly to take on a LIRR pilot crew, then headed into the East River tunnel and at Harold Interlocking stayed on the LIRR trackage before taking the Port Washington Branch east to the Shea Stadium station. Defying the historical odds (red team vs. green team ghosts?), all went as planned and we arrived in plenty of time for the start if the game. After the Mets won, our special was waiting and we retraced the route back to home ‘NYC’ tracks without incident.

Let’s hope that in the not too distant future a daily parade of Amtrak trains utilizing new dual-power trainsets will be carrying passengers from points like Philadelphia, Albany and New Haven through Penn Station to Jamaica (no change required) and then on to Port Jefferson, Ronkonoma, Montauk and maybe even Greenport! It’s time the ghosts are proved wrong!